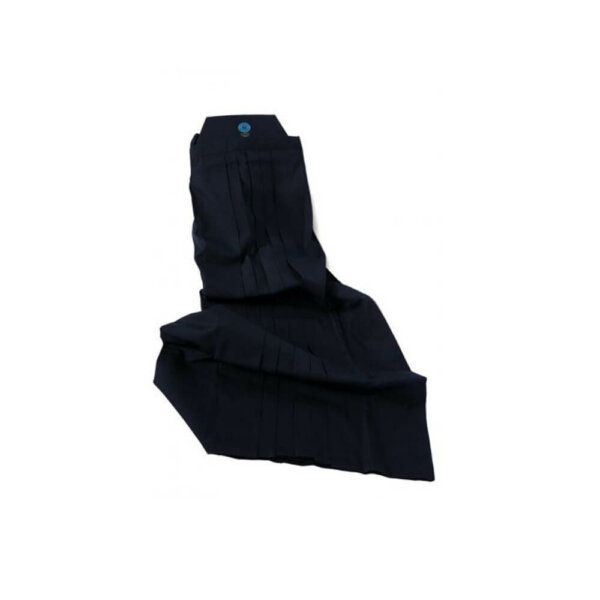 Hakama for Aikido imported from Japan. Supplement for embroidery 15 €: if you want this option, please write to info@hajimekarate.com

Hakamas are traditional Japanese pants. They were originally dressed on a kimono by members of the upper classes. Its use dates back to the Heian period (794-1185), when the women of the imperial court used culottes as the base layer of their kimono that resembled a Hakama. However, during the Kamakura period the warrior class began to use hakama commonly. It was used as a protection for riding. The Hakama was then a symbol of power as the standard costume of nobles and samurai. This became one of the most common types of pants for the village.